Thurlestone Parish School was founded by the Reverend P. A. Ilbert in 1842.

It wasn’t at first universally welcomed by the locals; one farmer was quoted as saying at the time, ‘When they had no education we had the pick of them to work for us on the farms; now the best of them, boys and girls, go away and better themselves, and we have to take what is left.’ The school thrived, however, and in the late nineteenth century moved from a small thatched building near the church into a building on the present site. The Victorian building still forms part of the school, and houses the Reception Class. 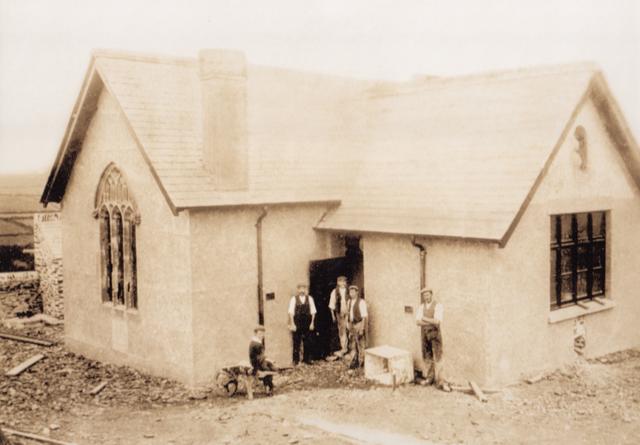 We moved at the end of the 19th century to the Victorian Building which still forms part of the current school, housing our Reception and KS1 Class. The photo above was probably taken around 1900. You can still see the window in the school today, which is at the end of the Year 1/2 classroom. Our famous window also forms the school logo! 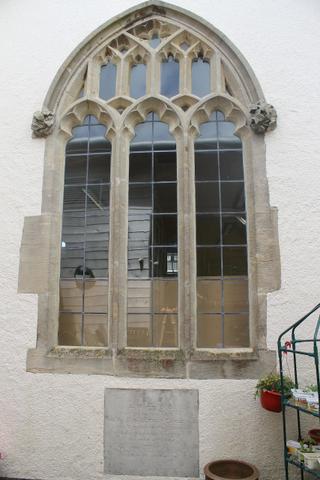 In 1974 a neighbouring school in South Milton closed and half of its children transferred to Thurlestone, boosting our numbers to around 77 pupils. Our school was extended and renamed as “All Saints’ Church of England School” serving the parishes and churches of South Milton and Thurlestone.

Numbers swelled during the 1990s as our reputation grew and in 2010 we underwent a complete renovation and expansion to create our present buildings, now also housing Pearsons Preschool. 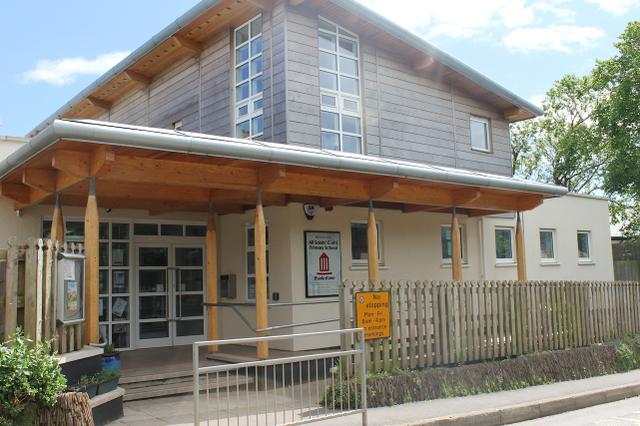 We currently have 120 children at the Academy.